Home Article PayPal Tokens For Coffee With The Boss

PayPal Tokens For Coffee With The Boss

Diterbitkan 10.07
Article
With crypto markets falling ever lower many are making an exit from the space. Not all are that quick to jump ship however, and PayPal is among those looking towards cryptocurrencies, albeit private ones, starting with an incentive platform for its employees. 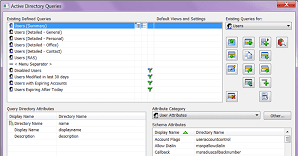 PayPal Tokens For Coffee With The Boss
The company has launched an internal private blockchain based platform for its staff to trade and exchange tokens while contributing ideas and participating in related programs designed to foster innovation. According to Cheddar the initiative has been built by around 25 people taking six months.
PayPal has setup an internal website for employees to access their private tokens and earn more by enrolling in learning programs. The tokens are not tradable outside of the system as they are worthless to all but company workers on its own blockchain.
Historically, PayPal has been anti-crypto and has not accepted it on its merchant platform due to volatility issues. These price fluctuations would be massively amplified considering the excessive length of time PayPal transactions take. This latest venture is only an effort to get staff used to the concept – PayPal still has no intention of adopting or using public cryptocurrencies.
The company has offered ‘experiences’ such as poker tournaments, martial arts and trail runs with head executives for employees that want to ‘cash in’ their tokens. One senior executive described it as a “Venmo-like feed people can like and comment on and see all the activity going on within PayPal related to innovation.”
It is very unlikely that PayPal will be venturing into the real world of cryptocurrencies any time soon. The company made $13 billion in 2017, and a large chunk of that is derived from hugely over inflated foreign exchange rates. Sending money between PayPal accounts in different currencies can cost as much as 5%. Borderless cryptos are obviously a threat to this business model.
PayPal is interested in the technology however and this latest incentive is another step towards it. The most likely outcome would be the development of a ‘PayPal token’ that is only redeemable on the platform to facilitate transactions.
Coinbase recently announced that it would be allowing PayPal for a very select number of users to withdraw crypto from its platform. The full KYC procedure would have to be adhered to which eliminates any advantage of using PayPal over a regular bank as its charges are no better, and often higher.